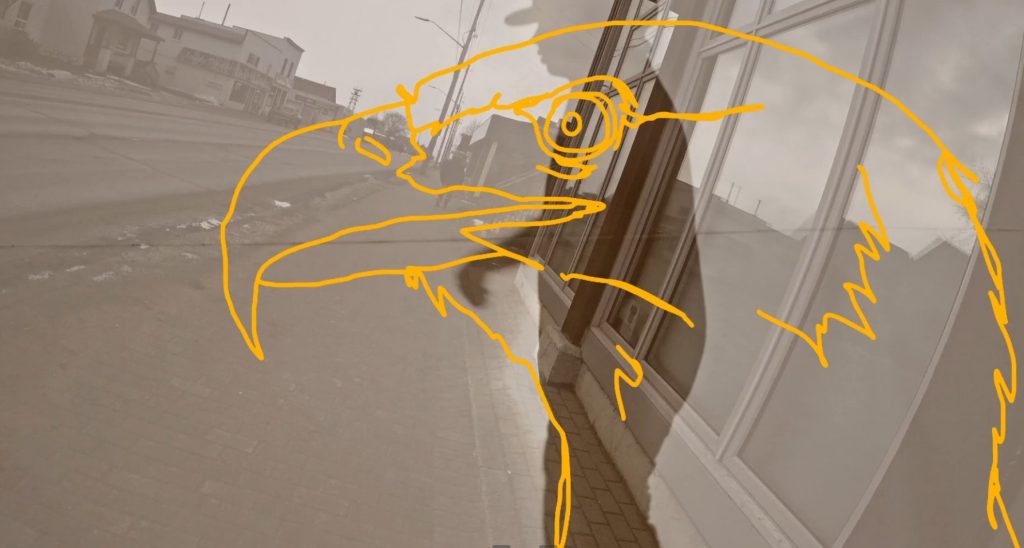 It’s been 4 years since I wrapped work with the National Film Board (NFB) and the Ontario Federation of Indigenous Friendship Centres (OFIFC) on the short documentary “Some Stories…”. I thought it would be great to promote the work in this year’s Wawasayg Film & Media Arts Festival as it is free to view on the NFB website and we are all trapped in our houses during the COVID19 pandemic lock downs.

The entire project was a big deal for me and the people I worked with. I often work independently on art film creation and rarely have an opportunity to engage in structured industry-based projects. It was an exceptional learning experience for me and I will always think of it fondly. I appreciate the work that both NFB and OFIFC put into this large-scale project as collaborations are never easy but always rewarding. I would like to thank Andre Picard and Kate Vollum at the NFB for their support during creation as I had a lot of questions about process and expectations. I would like to thank the North Bay Indigenous Friendship Centre for being a big part of my life especially when I was younger and needed guidance from peers. The NBIFC is such an important place for youth coming into our region, I am honoured to work with them and encourage their support always. I want to thank my core team that helped make the film including Lindsay Sarazin, Jacob Dayfox, Bradley Trudeau and Tammy Lin Foreman and especially my producer Sarah Charles-Decarlo who helped bring the project from an idea into the creation of something that everyone felt represented the moment.