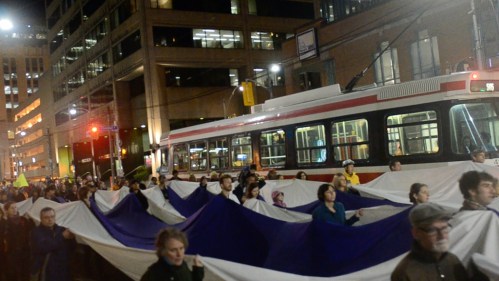 Zakide, Aanmitagzi and the Wawasayg Festival are proud to present the event “Discussing Treaties” on April 20th, 2016 at 6:30pm at Big Medicine Studio 161 Couchie Memorial Drive. Zakide Co-Founder Maurice Switzer will be presenting a talk discussing the importance of Treaty Rights education and the current state of Treaty Rights within Ontario. This talk is part of the curatorial research and development project “Polishing the Chain” being conducted by Zakide. As April 20th is also National Canadian Film Day, we will be screening Candace Maracle’s “Grandfather of All Treaties“, Darlene Naponse’s “$4 Indian” and  Alex William’s “The Pass System” followed by light refreshments and socializing. All welcome. Admission is FREE

Biography for Maurice Switzer can be found here. 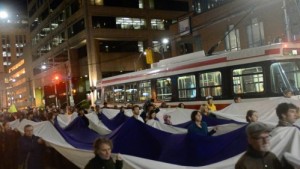 The Grandfather of All Treaties or the Two Row Wampum, is considered the most important diplomatic instrument in First Nation’s history. Wampum belts were among the first documented agreements between First Nations and European settlers. The Two Row Wampum belt consists of two rows of purple beads separated by three rows of white. The white symbolizes the river of lifeor the land that we all now share. The two purple rows symbolize the Haudenosaunee and the Europeans traveling side by side, never interfering with each other’s journey. Subsequent agreements were predicated upon this one. Each nation recognized the other’s sovereignty and ecological stewardship was central to that co-existence. Nearly four centuries after the Two Row Wampum agreement was made between the first Dutch settlers and the Six Nations Confederacy; Onkwehonkwe people are still trying to navigate the waters in between. First Nations have endured a history of colonization – their communities are impoverished, plagued with social and environmental issues, while Canada remains one of the wealthiest countries in the world. People, both Indigenous and their supporters are taking a stand – asserting their sovereignty and using their treaty rights to protect the land. This documentary examines the Indigenous mobilization that is happening across North America and these grassroots movements’ ability to affect real change in the world. Though the face of these issues may be the protection of Indigenous rights – it is the recognition of them that may actually determine the fate of the planet. 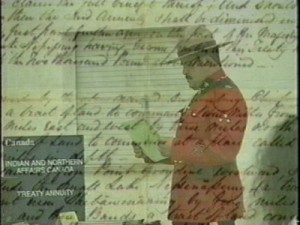 $4 dollar Indian is a hysterical look at the history of Robinson Huron Treaty of 1850. This short experimental video quickly looks at the reality of the history of the Ojibway people around Lake Superior and Lake Huron and what was promised and never given. 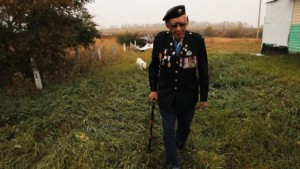 The Pass System illuminates Canada’s hidden history of racial segregation. For over 60 years, the Canadian government often denied Indigenous peoples the basic freedom to leave their reserves without a pass. Cree, Saulteaux, Dene, Ojibwe and Blackfoot elders of the prairie land where this took place tell their stories of living under and resisting the system, and link their experiences to today. Acclaimed Cree actor and activist Tantoo Cardinal narrates this investigative look into a little-known Canada, with music by Cris Derksen.