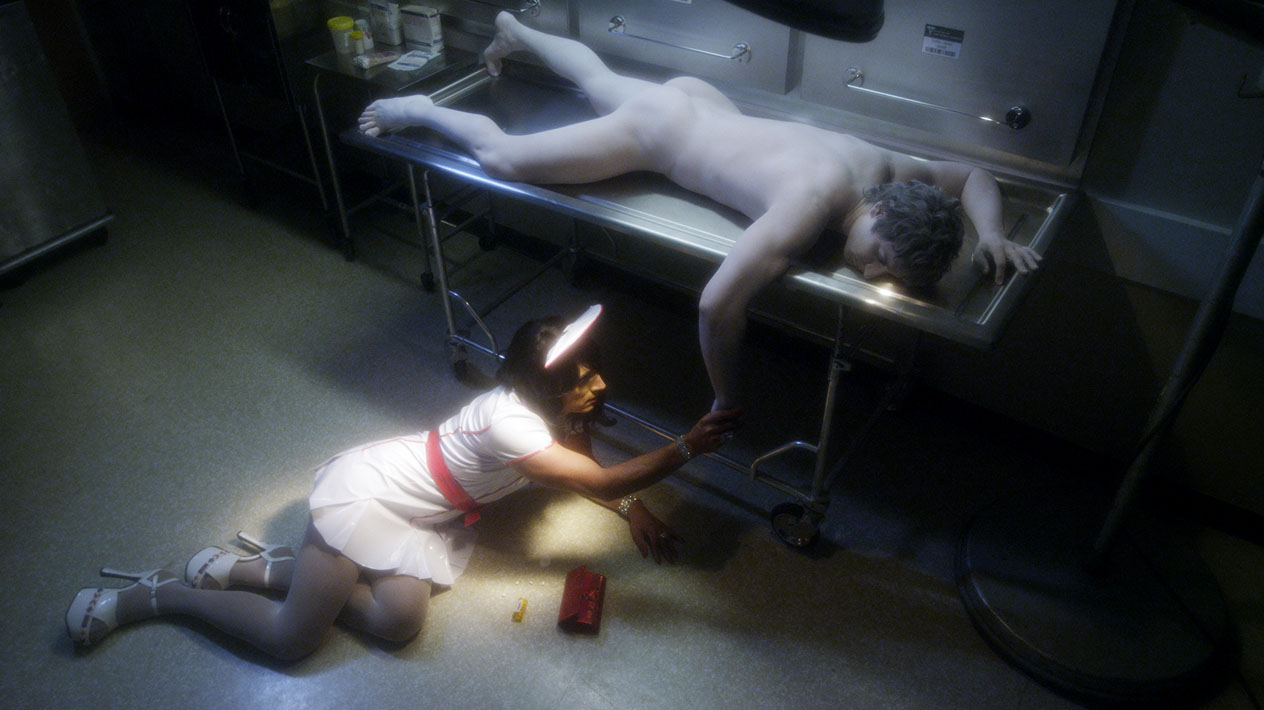 A leading authority in the diagnosis and forensic analysis of numerous conditions afflicting Modern and Contemporary Art, the Modern Wing brings compassion, dignity, and experience to the care of a thoughtfully curated wing of casualties. Our team is committed to the highest comprehensive level of critical and intensive care of weak and dying art traditions in the hope that these casualties will not only survive, but go on to lead healthy productive lives.

BIO: Miss Chief is a celebrity artist, aristocratic socialite and patron of the arts. Her philanthropic and humanitarian work often takes her to the darkest corners of the globe. Escorted by our own Doctor of Fine Arts, she visits the sick and ailing in the Modern Wing of our institution. Reaffirming her commitment to the less fortunate, she is known for touching those whom others were afraid to touch. With her caring hands she has single-handedly changed attitudes around the world. She brings compassion, dignity, and understanding to her work with the deprived and the suffering, wielding her influence as an international celebrity to make enormous humanitarian contributions. Perhaps more than any other high profile charitable patron she makes a difference by defying prejudice, as exemplified by her visit with the Casualties of Modernity.

“These casualties of modernity are not dangerous to know, so you too can shake their hands and give them a hug. Heaven knows they need it.”

Artist BIO: Kent Monkman is a Canadian artist of Cree ancestry who works with a variety of mediums, including painting, film/video, performance, and installation. He has had solo exhibitions at numerous Canadian museums including the Montreal Museum of Fine Art, the Museum of Contemporary Canadian Art in Toronto, the Winnipeg Art Gallery, and the Art Gallery of Hamilton. He has participated in various international group exhibitions including: The American West, at Compton Verney, in Warwickshire, England, Remember Humanity at Witte de With, Rotterdam, the 2010 Sydney Biennale, My Winnipeg at Maison Rouge, Paris, and Oh Canada!, MASS MOCA. Monkman has created site specific performances at the McMichael Canadian Art Collection, The Royal Ontario Museum, and at Compton Verney, he has also made Super 8 versions of these performances which he calls “Colonial Art Space Interventions.” His award-winning short film and video works have been screened at various national and international festivals, including the 2007 and 2008 Berlinale, and the 2007 and 2015 Toronto International Film Festival. His work is represented in numerous public and private collections including the National Gallery of Canada, the Denver Art Museum, Montreal Museum of Fine Arts, Museum London, the Glenbow Museum, the Museum of Contemporary Canadian Art, the Mackenzie Art Gallery, the Art Gallery of Ontario, the Smithsonian’s National Museum of the American Indian and the Vancouver Art Gallery. He is represented by Pierre-François Ouellette art contemporain in Montreal and Toronto, Trepanier Baer Gallery in Calgary and Peters Projects in Santa Fe.